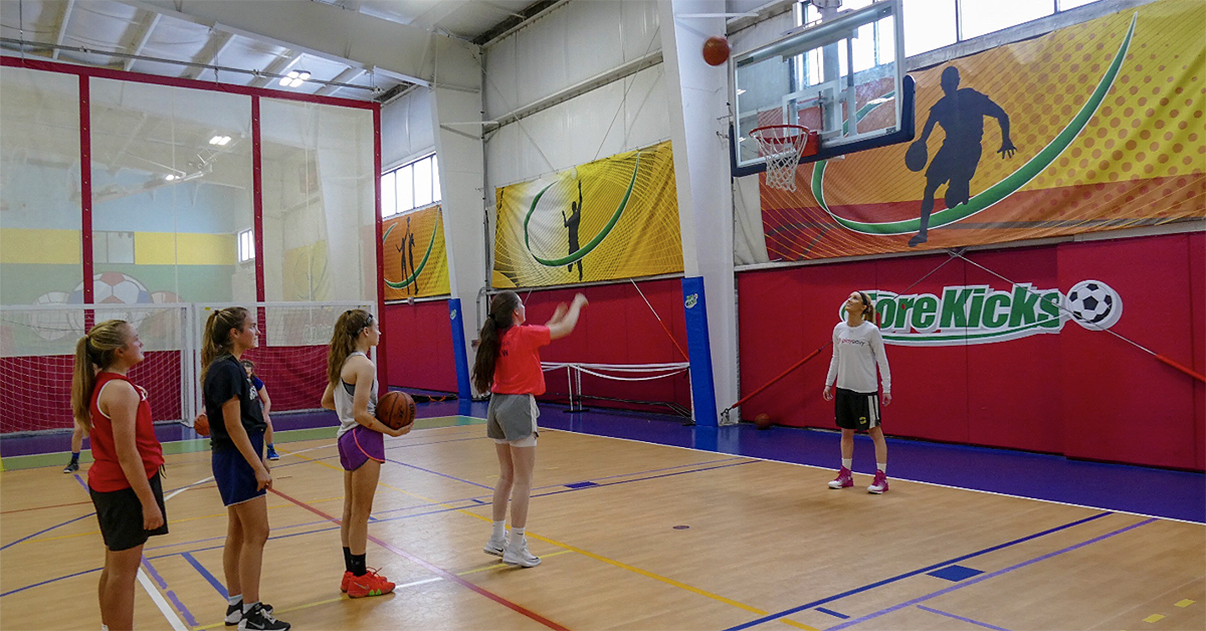 What do you do when your team travels and needs a place to play? How about when you travel across the ocean to a different country? For Killester Basketball Club out of Dublin, Ireland, Playeasy was the answer!

Killester Basketball Club is an Irish basketball team from Dublin, Ireland. This past weekend, their 15's team took a trip to Boston to compete in a one day tournament. As one of the best teams in their league in Ireland, they wanted to test their skills against some American teams.

Before playing their games in Foxborough on Saturday, the team wanted to fight the jet lag by running a clinic in the Boston area on Friday. Like every sporting event, the first thing their team needed was a place to play. With little connections in the Boston area, this task has always been an issue for the Killester Basketball Club when traveling to the states. After seeing posts on social media about Playeasy, Head Coach Casey Tryon thought she would give the site a try. Within 48 hours of putting in her request, three sports facilities offered to host their clinic, all in the location they were looking for. They ultimately chose Fore Kicks in Marlborough, MA. Without the stress of searching for a court to practice at, Coach Tryon was able to focus on her team and prepare for the tournament ahead.

"Without Playeasy we would have struggled to secure a facility in the correct location. Coming from abroad, it was really helpful to know exactly where the facilities were, and who was available to host us. It was really easy to use, and allowed us to book a facility for a good price from abroad. I don’t think we would have been able to secure a facility without Playeasy - unless we had a good connection somewhere."

The 135,000 square ft. state-of-the-art complex is home to 7 indoor sport fields on 3 different surfaces - including synthetic grass turf, artificial non-rubber infill turf surface and olympic quality Taraflex gymcourt/futsal courts. This massive complex was unlike anything the team has played in over in Ireland.

These Stories on Organizations

The Facility Booking Platform for The Northeast Futsal Association