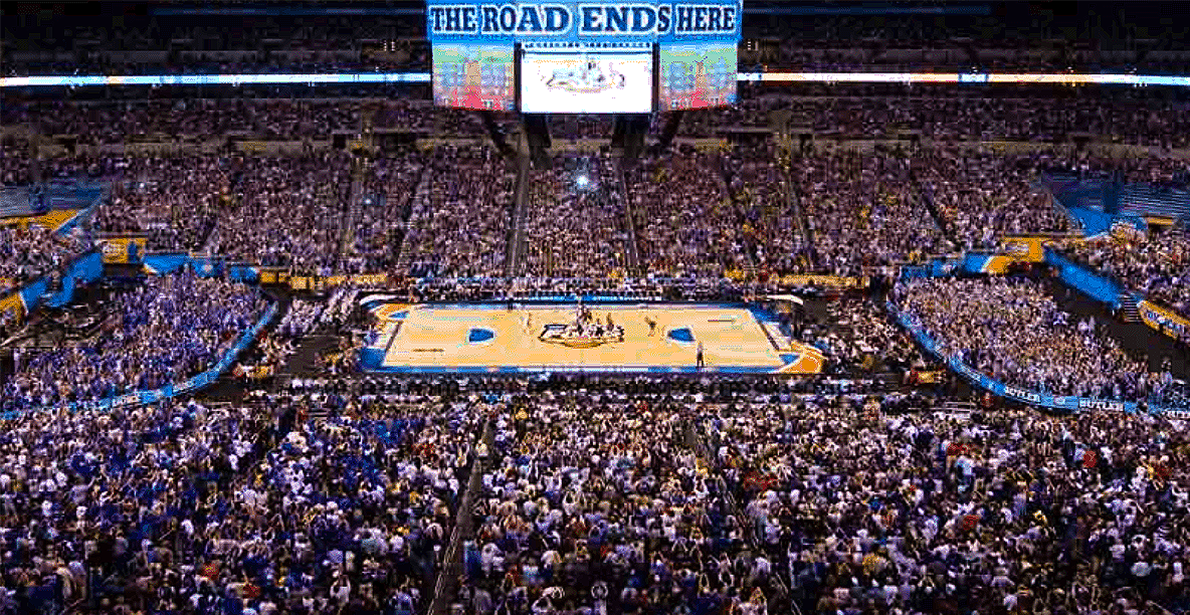 Check out our interview with Ryan Vaughn, the President of the Indiana Sports Corporation, on the field at Lucas Oil Stadium (home of the Indianapolis Colts).

Have you ever wondered how some of the largest sporting events in the country, like The Super Bowl or The NCAA Final Four, have ended up in Indianapolis, Indiana? Or why we spent our summer in a sports-focused accelerator in the same city? If you ever wondered how the city of Indianapolis has become one of the premier sports and tech hub destinations in the country, look no further than the first-ever "sports commission" in the country - The Indiana Sports Corporation. 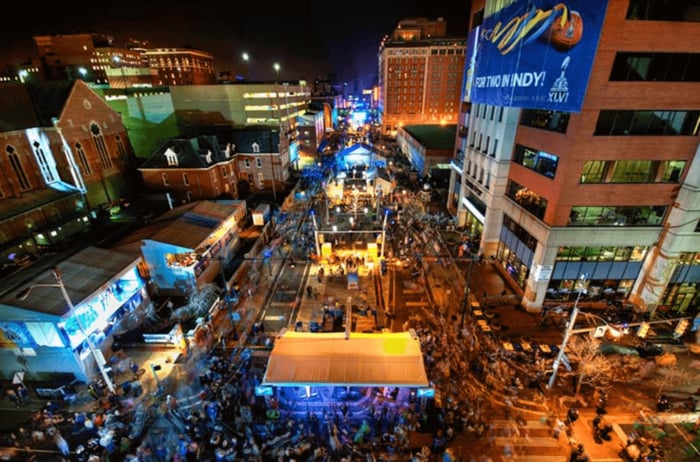 Indianapolis has transformed their event experience for fans - making it the ultimate destination to travel for sporting events.

Founded in 1979, The Indiana Sports Corp, a non-profit organization, has led the way in creating a culture around sports. They are the early thought leaders in the booming industry of sports tourism, and this industry is the single fastest growing sector of the tourism market. Sports tourism is great for the economy for one simple reason: it generates economic impact through visitor spending into a community.

As part of the first ever TechStars Sports Accelerator in Indianapolis this summer, we had the incredible opportunity to learn from one of the program's key partners, The Indiana Sports Corporation. Their mission over the past forty years has stayed the same: to attract premiere sporting events to the city of Indianapolis and to use those events to enrich their city through economic development, engage their citizens through volunteerism and create opportunities for youth.

We had an awesome experience interviewing Ryan Vaughn, the President of the Indiana Sports Corp, on the field at Lucas Oil Stadium.

Creating a culture around sports

For 40 years, The Indiana Sports Corp has been a leading civic organization - advancing their community through sports. They have played host to more than 450 national and international sporting events that have led to over $4 billion in direct spending in their community!

We asked Ryan Vaughn, the President of the Indiana Sports Corp, why they were founded, and how they saw the opportunity to build around sporting events:

In the '70's, the city of Indianapolis didn't really have an identity. The founding fathers of The Indiana Sports Corp believed that sports were a positive influence in the world and wanted them to be a positive influence on their community. They doubled down on the idea that by attracting larger scale sporting events, and by building facilities, they could build a culture around it and the economy could grow out of it."

Forty years later, they have attracted an NFL franchise (The Indianapolis Colts), are home to the NCAA and 6 professional sports franchises. They have hosted events like The Super Bowl, multiple NCAA Final Fours, and hundreds of large-scale events annually.

They hold strong in the belief that the positive power of sports enhances vibrancy in Indiana communities. By bringing world-class sporting events to Indiana, they aim to boost the state’s reputation and create economic growth now and in the future.

What makes the Indiana Sports Corp special is their dedication to making a positive impact on youth in all communities throughout Indiana. As a not-for-profit company and the country’s leading sports commission, they have worked with several partners to create initiatives that give back to communities. One of those initiatives is the "Inspiring Sports Exchange."  The Exchange, powered by Indiana Sports Corp, is built to connect under resourced youth-serving organizations with supporting companies and individuals to provide equipment, facilities, funding, resources and volunteers.

The "Inspiring Sports Equipment for Kids Gear Distribution" effort, in its 11th year in 2018, provided 20,000 pieces of new sports gear to more than 100 organizations, which was said to benefit more than 50,000 youth. The organization also partnered with the Big Ten Conference on youth initiatives such as the Middle School Curriculum Program, Girls Basketball Clinics, Youth Football Clinics and much more.

The Indiana Sports Corp also awarded grants to 25 youth-serving organizations state-wide through its "Inspiring Sports Grant Program." The funding will be used to provide programming opportunities for more than 15,000 young people in more than 50 counties.

We learned that what makes Indianapolis a special place is how much the community has bought into the overall mission of the Indiana Sports Corp. When we asked Ryan Vaughn how they have been able to get the community as a whole to buy into their overall mission, he explained that part of their mission is to make sure every event that they bring in delivers some community impact. Once the community sees that, they want to help and support it. He finished his thoughts by stating:

It's about more than just the game, it's about using the game to make an impact on the community."

This quote has stuck with us since the day of our first meeting at Lucas Oil Stadium in August. It is clear that this is what drives him, and his team, as they continue to make a lasting impact on the city of Indianapolis - and we couldn't agree with him more! 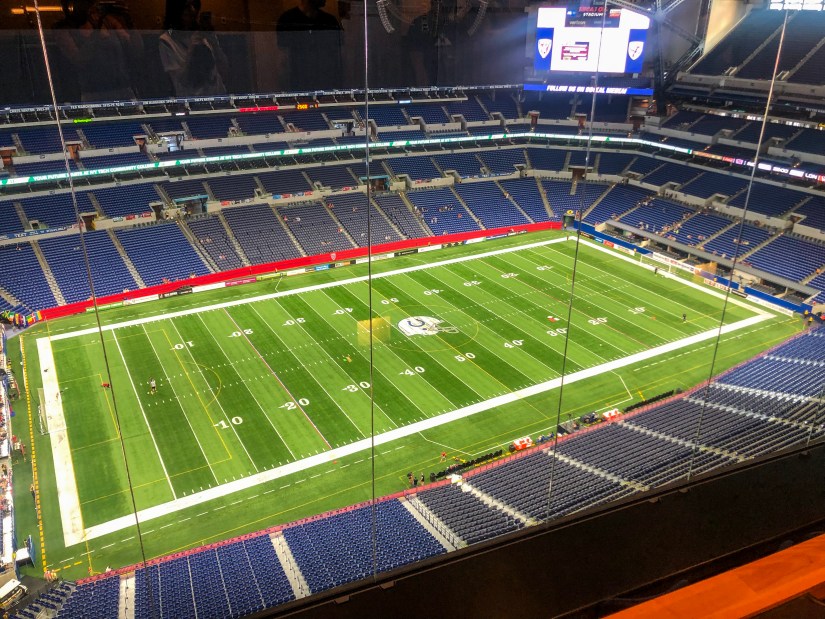